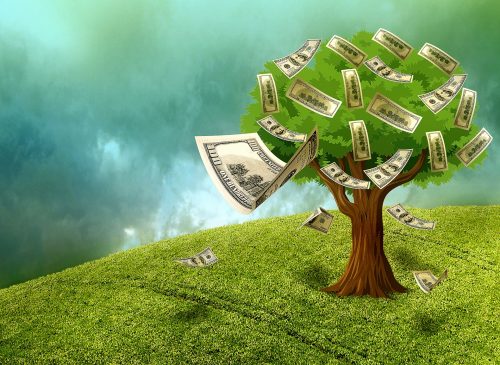 You are an exceptional employee, going above and beyond the call of duty. You’ve worked weekends, quelled dangerous fires and customers appreciate your genuine efforts. In your recent yearly review, management praised your work and thanked you for your dedication. For whatever reason, your yearly raise vanished into thin air. It doesn’t make sense, you want answers, and you want to know, “Where is my raise?”

What you Should Know

I don’t mean to be a pessimistic heartbreaker. But, I am going to share something I wish someone would have told me back when. I wish a mentor would have been brutally honest and told me, “Your employer is under no obligation to provide raises.” I would have awkwardly questioned this statement over a disappointing lunch. Nobody ever shared this little but impactful secret.

Had I known I was not entitled to a yearly raise, I wouldn’t have felt like I had just been blasted with a water hose the first time I was denied. It happened more than once; the second time admittedly wasn’t as bad. Nonetheless, I turned back the clock and tried to understand what I did wrong. Why was I being punished for what I thought was particularly good work. I wanted to ask, “Where is my raise?”

Today I know better, and I’d like to share a few things to spare you the same suffering. First, it is true. Employers are under no obligation to provide yearly raises (unless, of course, it is specified in a written contract). It is comforting to believe your employer will provide yearly raises out of the goodness of their lucrative hearts. However, you are not entitled. Dependency on a raise to make you feel better is like dependency on your child to earn straight A’s.

Next, stop blaming yourself. There is no positive outcome when you resuscitate previous work scenarios to use against yourself. Forget about this tempting habit to fall into the self-blame trap. Last, it does not matter if you are the best employee or the worst. When your employer decides you’re not getting a raise, stop asking yourself “why”, “where is my raise”, or “what the hell?”

What you can do instead is shift your focal point inward (See Post #13). An outwardly focused perspective may include dwelling on a raise you know you deserved but did not receive. How would productivity change and how would your self-confidence change if you only focused inwardly? For example, perform your absolute best daily so you can savor your own work ethic. Go the extra mile (within reason) knowing at the end of the day you tried your best. Serve your customers on a silver platter, not in hopes of a raise, but because you know you are capable.

Only you can entirely understand the depths of your own capabilities. The job, the employer and the raise are simply external byproducts. Nothing is more rewarding than the justified self-elation stirring about after blowing your own mind.

Please select the Tab Content in the Widget Settings.