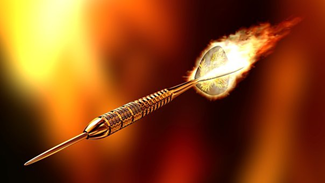 According to the Workplace Bullying Institute, more than 60 million working people in the United States are affected by bullying.

Bullying is different from harassment, because harassment implies an offense that occurred against a protected class of people. There are no laws against workplace bullying in the United States.

Workplace bullying can be tricky to define, as it spans many overt and indescribable activities. It is also subjective, which makes bullying more difficult to prove.

According to healthline.com, workplace bullying shows itself in different ways:

How do Bullies Get Away With It?

Per this article from themuse.com, bullies are often high performers. They might be a top salesperson who brings in huge deals worth millions. Whatever it is, they’re bringing value to the company, which means the company has an incentive to keep them onboard (and happy).

Some bullies also work to ingratiate themselves to their superiors (and perhaps their peers, too). Doing so as they abuse one or more of the folks they oversee or work with. Put all that together, and instead of being held accountable for their bullying behavior, they might be getting rewarded with praise, raises, or promotions. And you might be all the more intimidated by the prospect of casting a shadow on such a star.

The reality is that most bullying situations (77% according to WBI’s survey) end in the target leaving their job, whether because they got fed up and quit or they ended up getting fired.

What bullies have in common, whether on the playground or in the workplace, is insecurity. All forms of bullying originate from internal insecurities. When bullies refuse to accept or fix their insecurities, they are driven to overcompensate by treating others terribly.

Because, after all, if you look bad at work, it makes those around you look good.

Workplace bullying is real, it’s prevalent (whether COVID or not), and it can have deleterious effects on the target. Part II explores what your options may look like if you are the unfair target of workplace bullying.